"The Unlikely Story of OMG/HaHaHa"

"It's the Titanic of Indie Memphis." That's what film critic Elvis Mitchell called Morgan Jon Fox'sOMG/HAHAHA as he awarded it yet another of the six prizes the film won at the 2008 edition of Indie Memphis. Since then, the film has been wowing audiencesand juries on two continents, winning the Reeling 2008 festival in Chicago and inviting comparisons to Larry Clark's groundbreaking 1995 film Kids from critics in London, where OMG/HAHAHA is currently screening at the Bradford International Film Festival. "It's funny, because when I finished it, I thought it would be a rinky-dink little project," Fox says. "I thought, 'I'm going to enjoy this, and it's going to be fun, but it's a big, experimental mess that's not going to be well received at all.'" 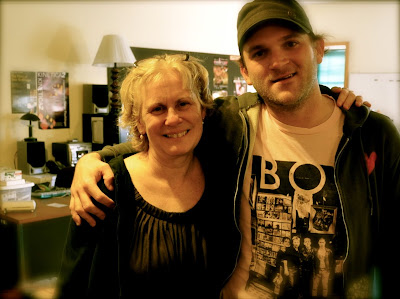 OMG/HaHaHa opens tonight, and runs through next Thursday(Oct 30th) at Malco's Studio On The Square. 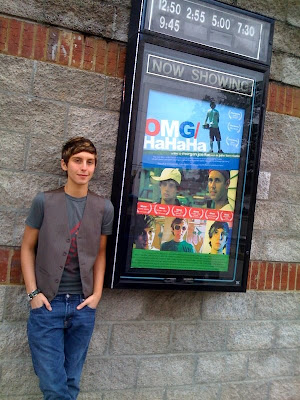 Read the article, by John Beifuss on our week-long run. 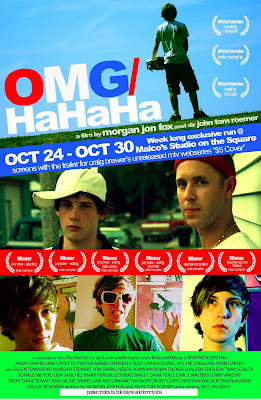 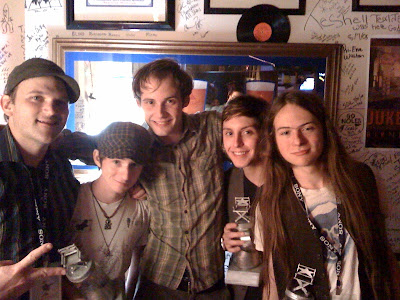 ***There will be some surprises screening both before OMG, and after the credits....so even if you already saw our lil film at the festival, your attendance during this run will give you a chance to see some special lil things....stay tuned for more info!

From John Beifuss' article on the awards ceremony:
"The movie’s title is odd, but its content resonated with jurors: “omg/HaHaHa,” the fourth fea
ture from Memphis director Morgan Jon Fox, was the big winner Sunday night at the 11th annual Indie Memphis Film FestivalThe festival, which began Friday, Oct. 11, continues through Thursday, Oct. 16. at Malco’s Studio on the Square. Awards were presented during a ceremony and party at downtown’s Ground Zero Blues Club.
Jokingly dubbed “the ‘Titanic’ of Indie Memphis” because of its awards haul, “omg/HaHaHa”
–created with assistant director John Tom Roemer, who now lives in New York — screens ag
ain at 7 p.m. Tuesday.
A tender and impressionistic film structured as a series of video blog entries and stream-of-
consciousness vignettes about families, friends, lovers and loners in Midtown Memp
his, the essentially no-budget but beautifully photographed “omg/HaHaHa“ was named best feature in the festival’s “Hometowner” category, devoted to films produced by residents of Memphis and Shelby County.

The festival jury also decided to award a “Special Jury Prize for Directing” to Fox, and a “Special Jury Prize for Acting” to two of the film’s young stars, Jake Casey and Ed Porter. The jury also gave “omg/HaHaHa” a “Special Recognition” award in the Narrative Feature category (in which it competed with fims produced outside of Memphis).
“omg/HaHaHa” also won the new “Special Achievement in Editing by a Memphis Filmmaker” award, sponsored by the technology company, Avid. The sweet prize for that victory: Avid Media Composer software, worth about $2,500.
Juror Elvis Mitchell, former film critic for The New York Times and host of the “Elvis Mitchell: Under the Influence” program on the Turner Classic Mo
vies channel, said “omg/HaHaHa” — the title is Internet slang for “oh my god,” followed by laughter — is “both playful and innovative.”

Said Mitchell: “It feels like something that really is the next step – a film that could play just as well on a laptop or a cell phone as in a theater. Moviemakers have been reaching to capture that for several years now, and this achieves that feeling...”
Read the ENTIRE ARTICLE HERE